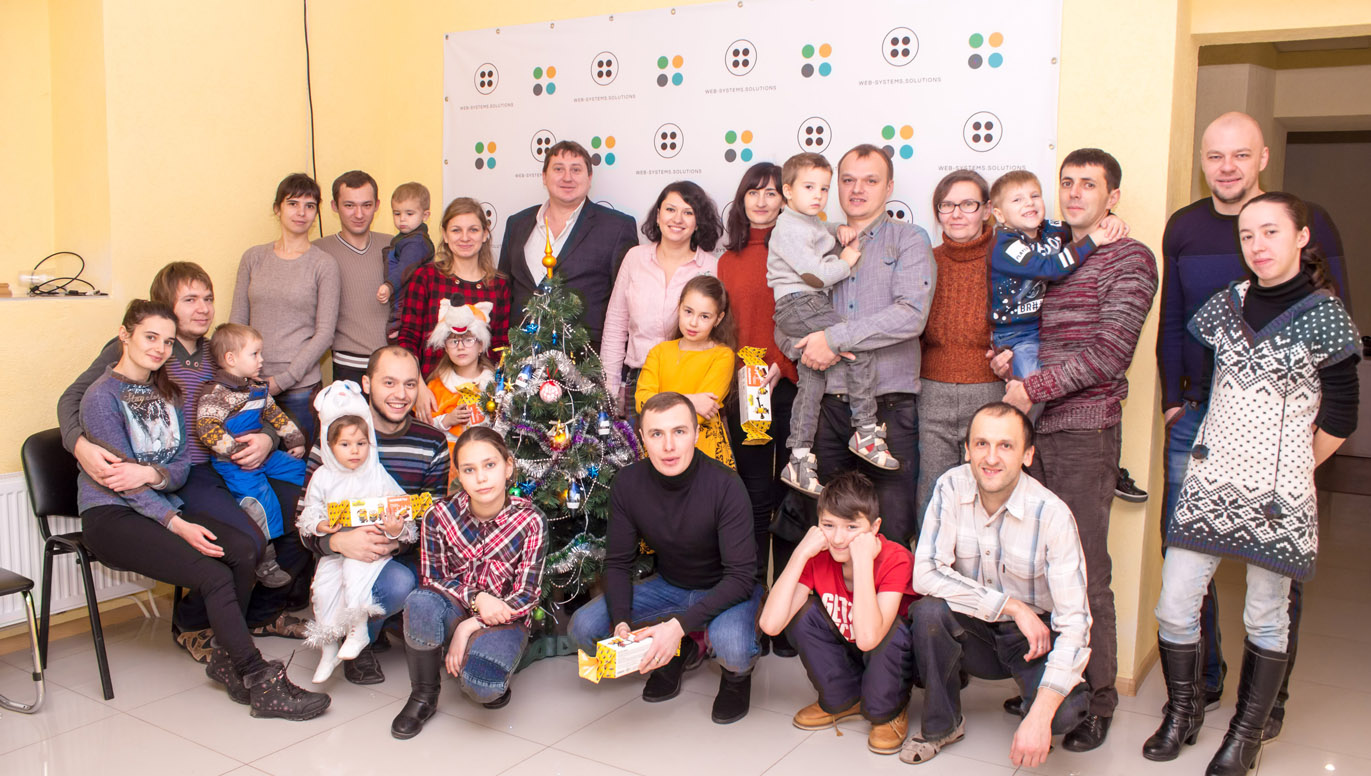 New Year's holidays - a time of wonders. Web-systems office is not an exception. Every year we organize a New Year’s party for our employees’ children where comes real Santa Clause =)

We love our work. This year we’ve saved a good dynamics thanks to hard work and high-quality projects – our friendly team has expanded, we’ve got many new talented specialists. Work hard – play hard =) On New Year’s Eve, we traditionally, decided to arrange a party for our employees’ children. Andrew back-end developer took his daughter Barbara (5 years) and son Matthew (2 years) to the party, they were the first time at Web-systems matinee. Children liked the party very much – especially «cool» Santa Claus.

‘Matthew was a bear and Barbara was a Princess of Butterflies. So mother came up and the children picked up it. We came as a family and did not regret – even parents participated in contests! We liked the competitions like snowballs throwing and cheerful train, there were some tasks at each station. And my kids said that they’ve never seen so «cool» Santa Claus! It’s so nice that I came to the company with such a warm family atmosphere!’ Andrey, Back-End Developer. 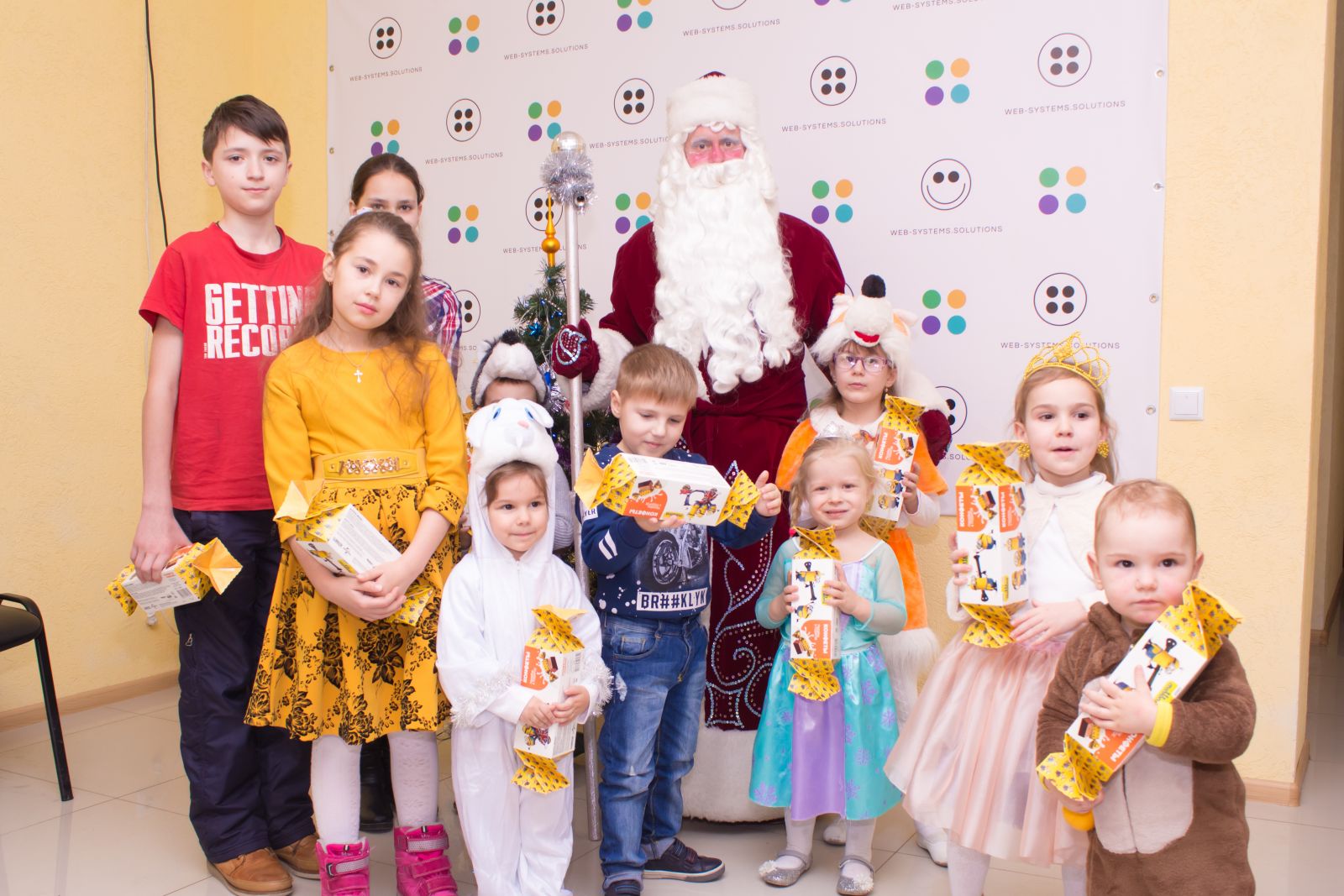 This year our office met both older kids and quite small children – for all of them were prepared delicious and creative gifts, sweet buffet and contests for the whole family. Also guests of the matinee, for their part, were also preparing beforehand – choosing costumes and preparing poems for Santa Claus.

Denys has been working with us for a long time. Web-Systems’ holidays have become for his family a good New Year’s Eve tradition.

‘My older is 6 and younger is 3. Oh, we knew in advance who will be who – Lena was a fox and little Dasha – rabbit. However, when the daughter was asked what the foxes eat, a very funny situation had a place. We were preparing all together. The wife was selecting a costume. We were expecting to have a portion of good mood and it happened’ – Denys, Front-End Developer. 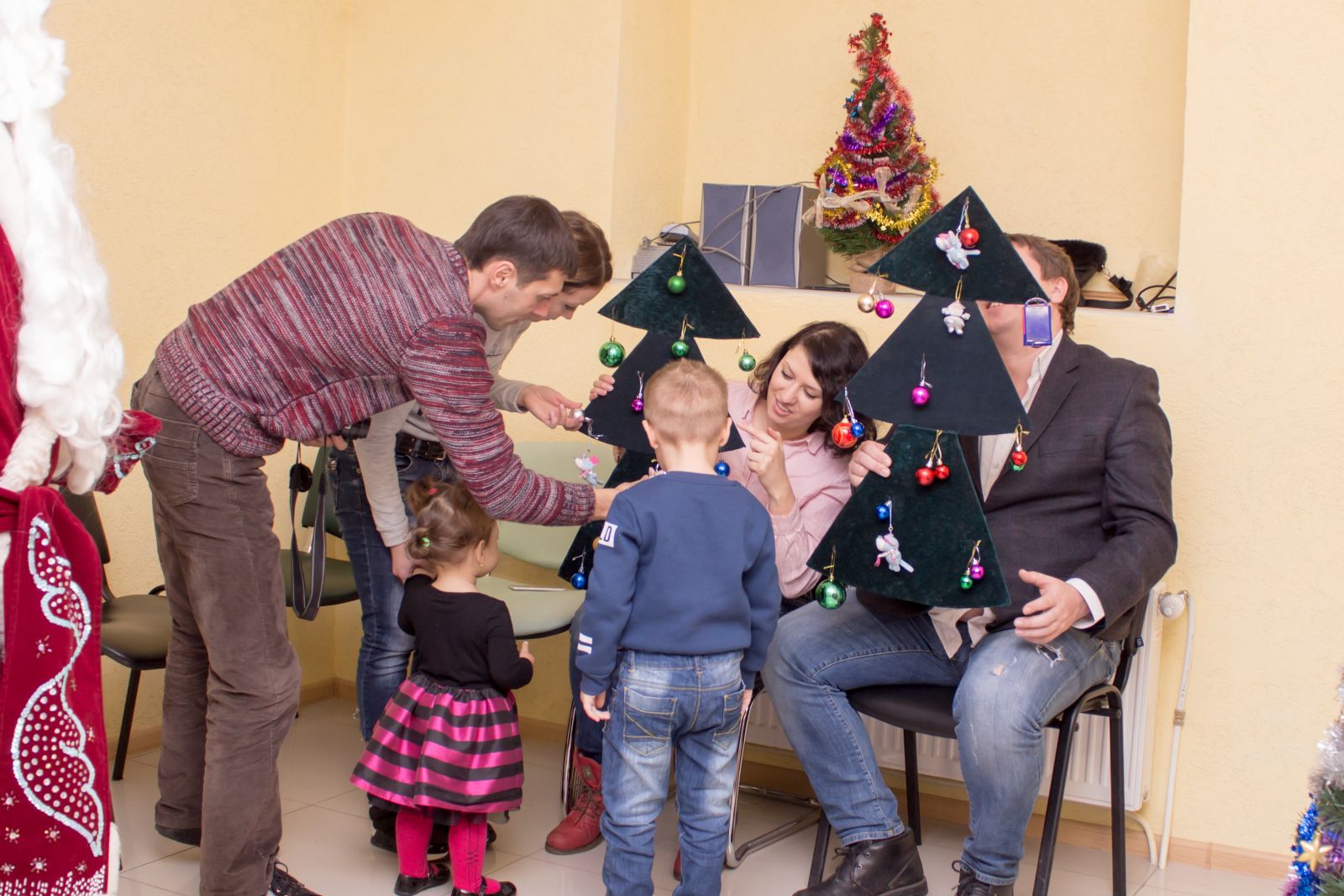 ‘The idea to arrange such event came up from the dream, like all new year’s things’, says the CEO of Web-Systems Vladimir Schigol, ‘Establishing Web Systems, I’d like not only to create a team of like-minded professionals in their field but also the company of true friends who are interested in working together and relax – because we are a family company.  Initially, I had two dreams – to create a football team for the employees and the New Year’s party for our kids. I have a daughter, and I know how important family is for everyone. So everything is without schlock – Santa Claus with proven experience, pre-prepared gifts, and contests for all guests. In general, it is very important to maintain the family tradition and warm atmosphere in the team – it’s much more pleasant to work with friends!’ Cannot be left: rebranding an IT company
How to successfully upgrade your company (from our experience) and keep the whole team in the process - we wіll discuss in our new article.
Read more What a Modern Mobile App Should Be
Mobile App Market is one of the fastest growing segment nowadays. And according to all forecasts - it will only grow. Much more developers, much more companies - much more applications. What moments you should pay attention to if you are thinking about creating own mobile application - let's talk today in our new article.
Read more
Web-Systems Solutions uses cookies to personalize services and analytics for users. By continuing to use this site, You give your agreement for using cookies. We take data protection seriously - read the terms and conditions for data processing.
I agree